As a firm, we are a mix of experienced and skilled producers, designers, developers and marketers. 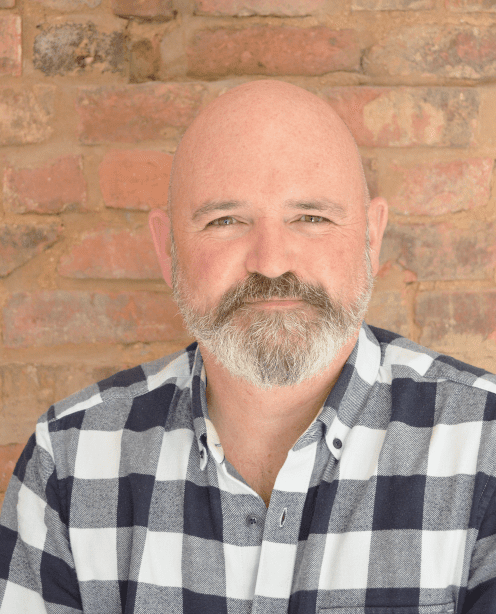 In his time Brian has worked across a range of digital disciplines - design, content production, project and account management, UX and of course making lots of tea.

Today, along with Keri and Michael, Brian heads up Un.titled, winning new work, helping develop long-term value - for both clients and Un.titled - and nurturing the right team to deliver our projects.

Brian still makes good tea but more importantly tries to ensure that Un.titled doesn't just meet expectations in our projects, but exceeds them. 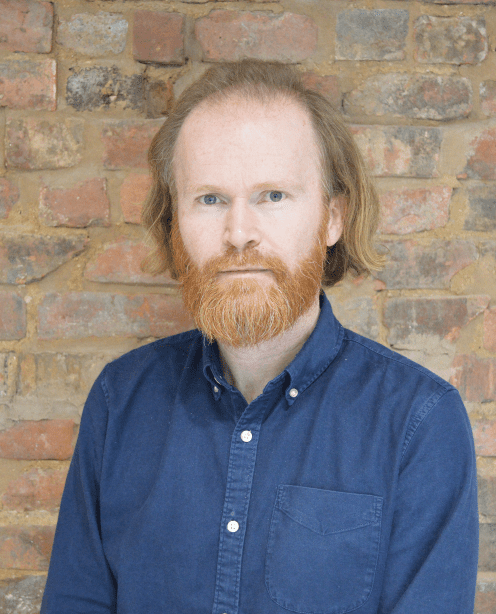 Michael has been writing software, building IT platforms and running teams for twenty years.

After a decade building trading platforms for investment banks, he joined Tincan in 2009 and has been working to create great user experiences and efficient, effective client platforms ever since.

He’s responsible for the delivery of Untitled’s products and services, and how we work together to deliver them. 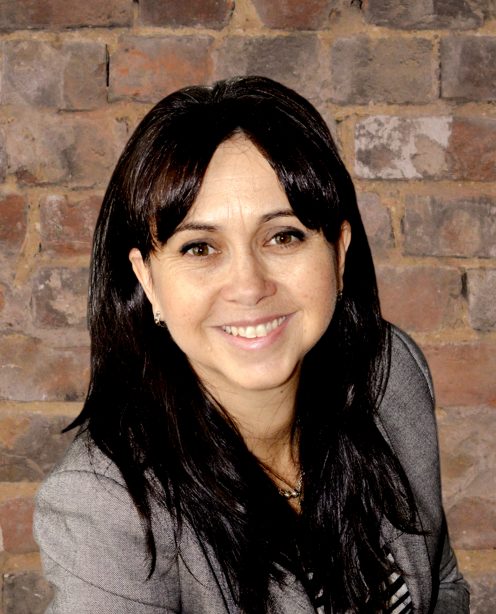 Keri grew up in a small town in Victoria, Australia and graduated with a Bachelor of Education.

A previous life included roaming the world in search of the best dive spots, teaching PE in a secondary school in Chennai, India and London, working with brands like Tooheys, Baileys and Smirnoff Vodka, living on the beach in Mauritius and Seychelles for two years (working!), running an online fancy dress start-up business, before jointly founding Williams Commerce in 2009.

Now Keri’s world revolves around all things digital marketing and creative design. Keri now heads up the marketing efforts for the Un.titled team and makes sure we get the word out about the great work we do. 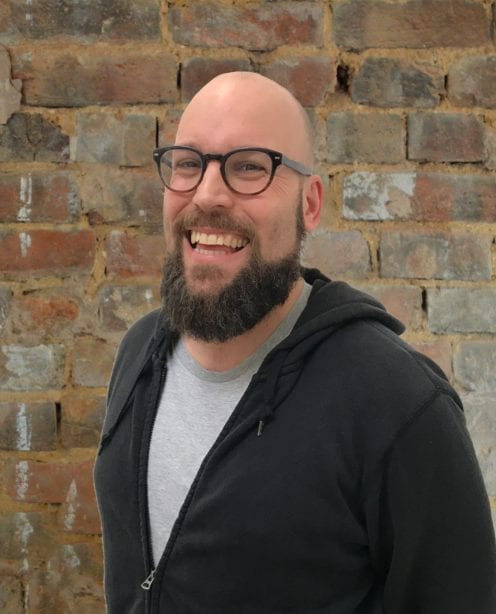 With fifteen years of experience across the arts sector, Nick has found that making things happen while connecting with people is the most rewarding aspect of any job.

He brings that personal approach to each project along with a detail-orientated, process-driven style that covers a wide range of digital domains – from top-level strategy development to the nitty gritty of UX testing and analysis.

If you can’t find him chatting on Slack, Nick is probably off making mix tapes on his salvaged cassette deck or trying to perfect his chicken seasoning recipe. 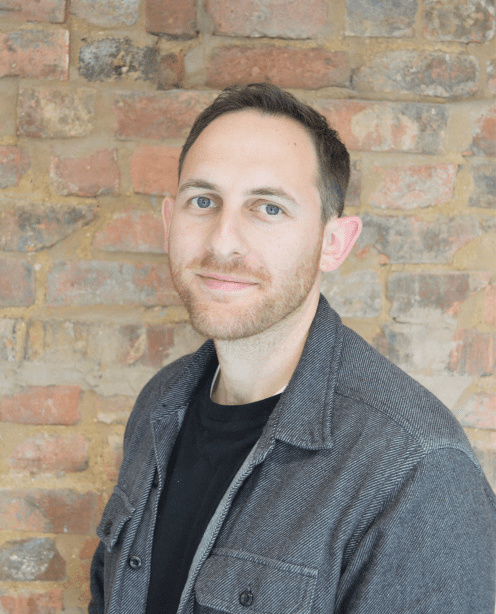 Leon is a Project Manager who has benefited from a range of roles and experiences across arts and cultural organisations, charities and membership institutions. Over the past ten years he has worked both on the agency side and in-house.

He enjoys the collaborative nature of bringing people together on digital projects. Leon likes engaging with designers, developers, marketeers and communications professionals to create exciting new ways people can engage with organisations online and on-the-go.

Leon is just as likely to be in front of a laptop as he is to be sitting in front of a climbing wall or behind a camera shooting theatre and performing arts. He’s also likely to be listening to a pretty nerdy podcast when you fire him an email or a Slack message, but don’t let that stop you. 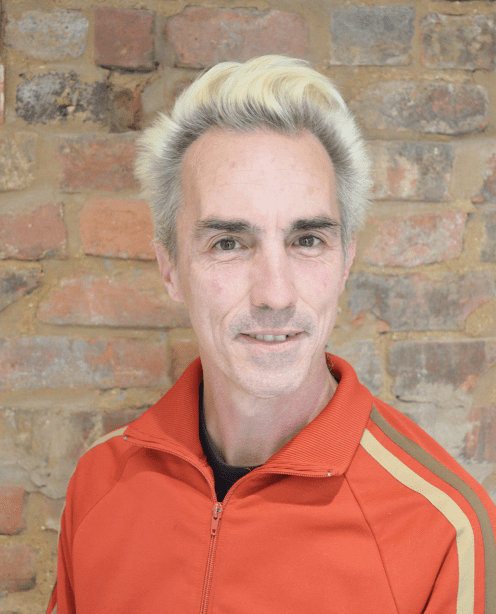 Ben’s role is to put user experience (UX) at the heart of our creative process.

Ben enjoys helping solve real-life problems and the opportunity for creativity and innovation that UX design offers. He runs client workshops to define the user experience requirements and helps define the content model.

He then works to craft beautiful front-end solutions to clothe the new digital solution.

Ben’s home is a boat in London, and he loves spending time in nature within the city and living within a great creative community. He’s also a wannabe bassist and spends plenty of time reading.

Andy is a recent Graphic Design graduate from De Montfort University. He brings his creative style to the digital world, supporting both the design and marketing team, by helping to craft beautifully-designed content.

Previously working and studying alongside each other, he has experience in marketing before moving over to digital design.
When not at work, Andy can be found supporting his beloved Leicester Tigers or out and about catching the fresh air and a beer on a country walk. 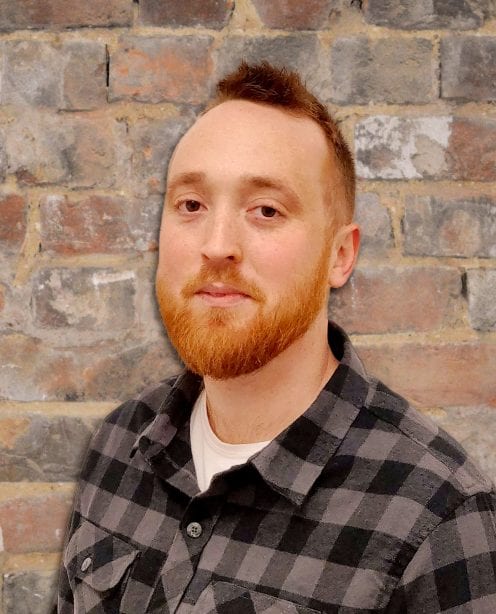 He has 15 years experience building and designing websites for a wide variety of clients in different sectors.

Harry enjoys the fast paced and ever evolving industry that is modern web development.

When not swearing at his keyboard, Harry plays guitar in a Limp Bizkit tribute band, competes with Newquay Surf Lifesaving club and is also on call 24/7 with HM Coastguard. 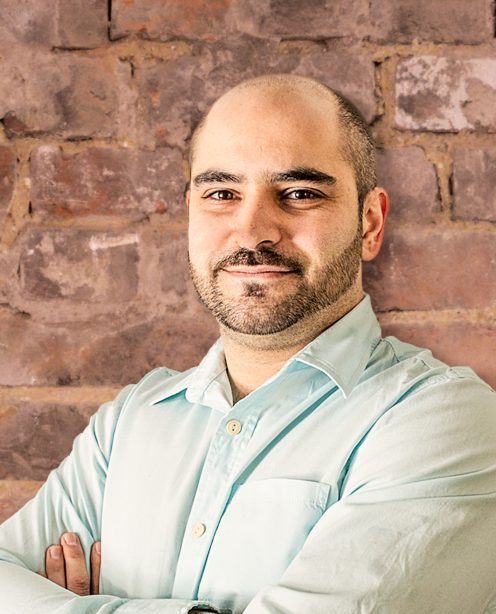 Rob's our heavyweight Drupal developer. He’s worked on enterprise Drupal projects for more than 10 years, on projects across the globe – from the US to the UK, Spain to Sweden, and Hackney to Hungary. Rob’s also worked on some of the largest Drupal builds in Europe, including Ericsson, ITV, iVillage.co.uk and NBC Universal (SyFy).
Rob has worked across every aspect of Drupal development – from architecture design, module development, content and user migration and front end styling to integration, performance and scalability. He’s also the guy who wrote the de facto book on Drupal Rules – Drupal Rules How-To. 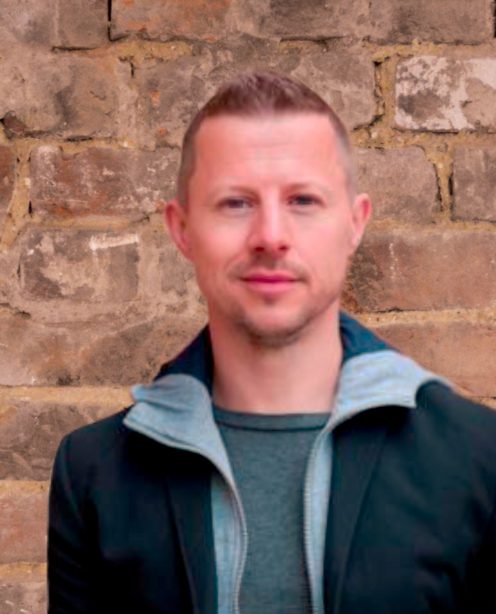 Jason oversees the technical implementation of projects, from requirement analysis and build to user training and support.

In 2007, he spotted the potential of Drupal, and he remains nerdily excited about it today.

Since then, Jason has turned his web skills to e-commerce, manufacturing industry extranets, digital charity campaigns and arts sector ticketing systems. Jason has an appetite for a technical challenge. He loves exceeding clients' expectations for new sites, and rescuing them from the frustrations of old or clunky ones. 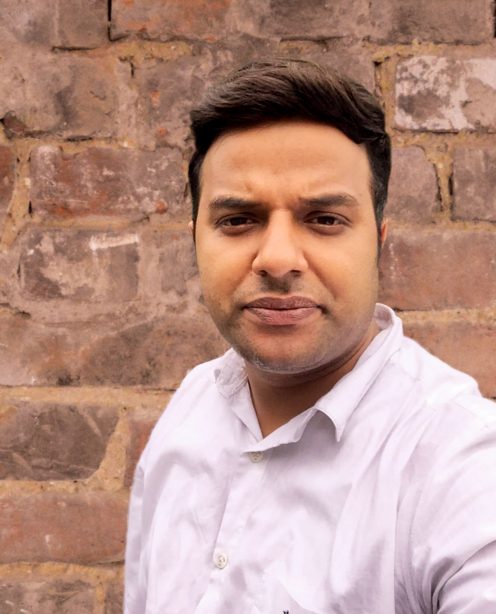 Lakshman is a highly-experienced full stack developer and team manager with many years working with in the CMS (WordPress and Drupal), CRM, ERP and digital payments spaces. He also has extensive experience working in database design.

Lakshman is developing his skill-set to include machine learning.

Angelou joined the Un.titled team in February 2020 having worked as a developer since 2016. He is completely self-taught, with a strong passion for coding, web development and ecommerce.

A strong team player with great dedication to his role, Angelou will always do what it takes to hit deadlines. He has a vast range of front-end experience, including Shopify, Drupal & React JS.
Despite having an Economics degree, Angelou ended up in the coding world and has never looked back.

In his spare time, Angelou does football, boxing and running, as well as enjoying long walks and travelling. He also speaks pretty good Spanish! 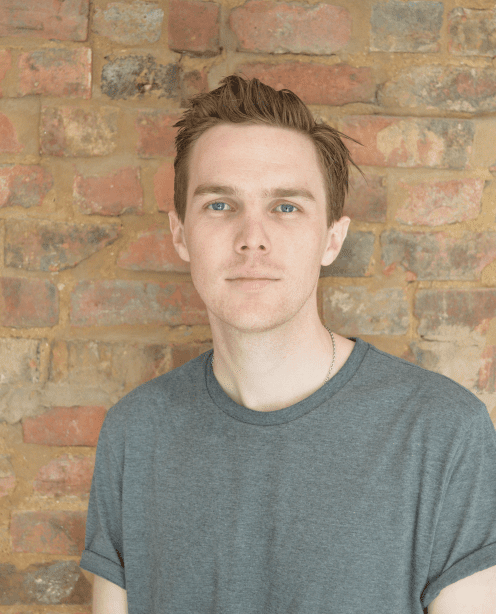 Our resident content guru, Sean crafts game-changing content for our clients across a spectrum of industries, helping to generate traffic and support the acquisition of new business.

Sean also creates blogs, press releases and case studies for Un.titled to help show off our expertise and promote what the brand is all about.
A graduate of Goldsmiths, University of London, Sean worked in the publishing industry before making the transition to digital marketing in 2018.

When not writing content, Sean’s usually on his bike, reading books or getting the brews in. 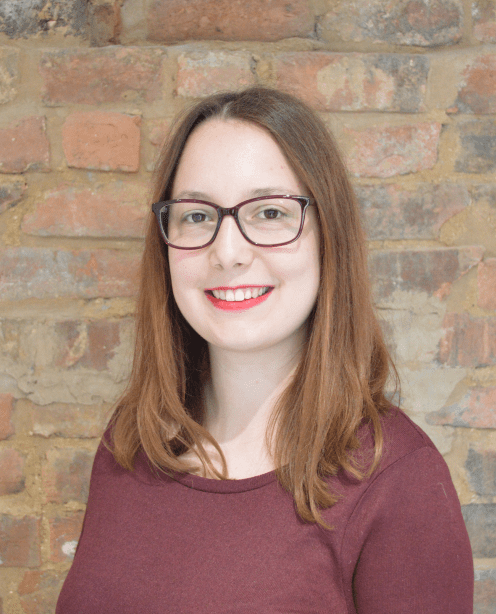 Our go-to head of social and social media expert, Miruna loves all things social and harnessing the ever-growing power of this channel to drive brand awareness, engagement, leads and sales for our clients.

Miruna works with clients on developing the right strategy for them across both Organic and Paid Social and delivering it. She is also involved in branding, email marketing, PPC and SEO.
A graduate from the University of Leicester, Miruna got started at Williams Commerce and became part of the Un.titled team when the company was acquired in 2017.

A veritable coffee addict and big foodie, Miruna likes catching up on her Netflix watchlist in her spare time or working on her cooking-inspired Instagram account (@aclumsychef). 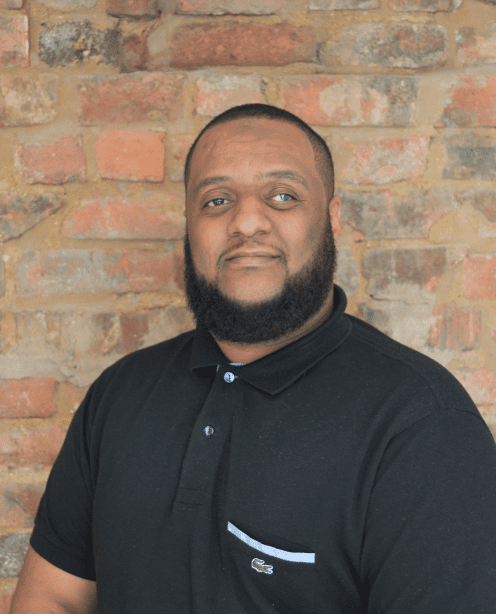 Yasser heads up our Conversion Rate Optimisation (CRO) department, a team that spends time digging through data and uncovering conversion barriers on websites.

A Masters graduate from De Montfort University, he has also gained certifications with the IDM.

Yasser is involved in all aspects of CRO, from identification, to strategically implementing experiments using best-practice tools.

When not Making Websites Great Again, Yasser enjoys travelling and laughing, although he has a fear of heights! 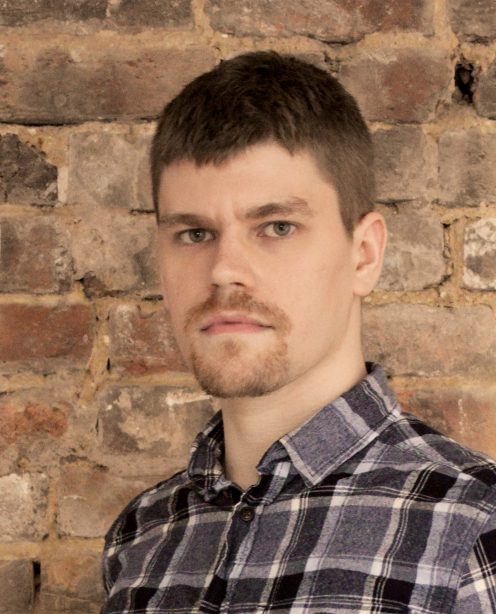 Matt is a graduate from the University of Leicester with a degree in English and History.

With a strong professional background in analysis and technology, Matt brings a wealth of knowledge and expertise to the team.
Matt oversees the implementation of our technical SEO work and pay-per-click offering for the clients we work with.

Away from work, Matt enjoys taking part in tough mudder events and decorating his new house.