What is Headless and Do You Need It?

Its promise is one of advanced user experience, a greater degree of design flexibility (including for future redesigns), more opportunities for features such as personalisation, better speed (of delivery), better SEO and much more.

Unhelpfully, while the above is true, there's some confusion and plenty of debate as to whether decoupled architecture and headless are in fact one and the same and even what makes a truly headless solution. This post doesn't aim to answer those questions. For us, in this post, we're going with the broad terms.

In its simplest form, headless is a separation of the front end user experience and the back end of an application (or applications). The result is that you're not limited to what your application offers by way of its presentational layer - aka you're free to craft and implement the most sublimely sophisticated, creative and dynamic design, with the most interesting and interactive design features.

Jackson Lane, which we recently onboarded, is an example of a headless CMS site - the underlying content is managed via Rooftop CMS (a variant of WordPress), ticketing managed via Spektrix all with a Ruby on Rails front-end.

Equally headless commerce is where a product catalogue is built from the ground up using a commerce platform (such as Big Commerce, Magento or Shopify) for the back-end (replete with the usual functionality you'd expect such as customer profiles and purchase pathway) that again makes content (i.e the product range) accessible via a RESTful API for display on any device.

In most scenarios, it's the same thing. Mostly. A separation of the front end user experience and the back end of an application (or applications).

You may be a company with a product catalogue that now wants to implement a more content driven strategy to your commerce offering. Or an event driven organisation that wants to deliver a seamless user experience unencumbered by the limitations of a ticketing platform.

In the right hands, any application (CMS' such as Drupal and WordPress or commerce platforms such as Big Commerce, Magento and Shopify), can be great at what they do - managing and organising content or a product catalogue. However, while all of them will have a presentation layer, all of them will at some point bring limitations or just not offer you the flexibility you're looking for, especially to how the content or product listing is presented and how it's offered, what the user experience is, how changes in the back-end are managed through to the front-end (or not) or how two different systems (e.g. your CMS and your product catalogue or ticketing platform) truly integrate. By (truly) separating out the front and back end, you are freed from these limitations and free to do whatever you want.

With headless CMS or Commerce, gone is the necessary 'viewing' part of your content management system or ecommerce platform. In its place is a flexible API that can shoot data – be it an event or product page, a blog post or registration and login workflow, a customer profile or a purchase pathway – wherever you want. And it doesn’t matter if it’s a website, a web app, a kiosk, or some new device that maybe hasn’t even been invented yet – with a headless solution, you can disseminate your data wherever and however in whatever way you and your users want.

Reasons for Choosing a Headless Solution 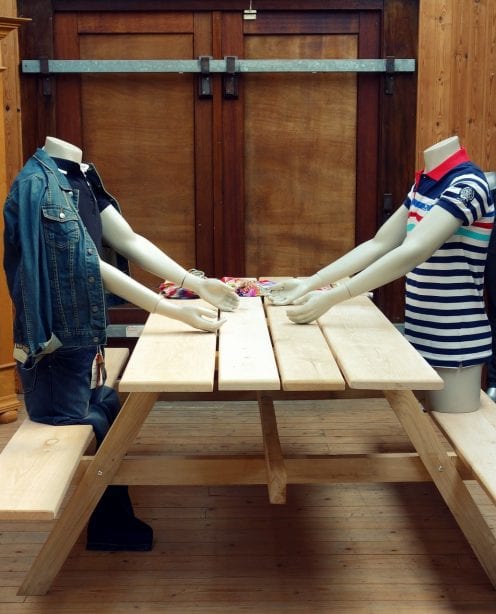 Why would you want to do any of this? It sounds complex (it is) and potentially costly (it can be).

There are various reasons but long story short is to enable you to marry up a fantastic content or commerce solution with even more fantastic front-end.

Headless (content or commerce) makes it easier for organisations and merchants to keep up with increasing customer expectations and complex user and sales journeys by enabling them to be agile and make the changes needed to the presentation layer of their content site or commerce store (or combo of both), without having to worry about breaking the functional elements of it.

It’s also easier to connect the content or commerce platform your business uses with a variety of touch-points that users can use to complete their purchases (and therefore not relying just on your website).

Ultimately, if you want to be a successful digital organisation or online retailer, you need to be able to capture the attention of your target audience AND offer your customers the user and shopping experience they want. Otherwise, there’s plenty of other fish in the sea.

It’s no secret that in recent years user engagement and the path to purchase has become increasingly more complex, as consumers use an ever-growing variety of devices and channels to complete their tasks, purchases and orders. Ever bought something from your smart TV, asked Alexa to order it for you, found it via a voice search on Google, a visual search on Pinterest, or through a suspiciously relevant social media ad? You’re not alone.

Add on top of that an incredibly crowded marketplace, decreasing attention spans and having to adapt to ever-changing user behaviours. The marketplace may be big, but finding the right audience and customers can be tough. And once you’ve found them, there’s no guarantee that they’ll turn from visitor to engaged user or buyer. This is where headless can make a significant difference.

If you want to easily stand out in a very challenging and incredibly competitive market, or you want to have more than just an ecommerce store or event site, being able to showcase your unique personality as a brand, then headless can help you achieve all of this. You can tell your story AND sell your products.

It can be the perfect solution for retailers who want to have a content-led store, rather than a product-led one OR event driven organisations who want to have a superb and seamless user experience across event discovery and purchase pathway and not a disjointed one.

What are the Benefits of Headless Commerce?

Flexibility is one of the main benefits of headless. Having your front-end and back-end decoupled means that you can easily change one without worrying about affecting the other (in most cases that means implementing changes to your presentation layer aka the front-end, without having to rely on complex changes being required in the back-end). You can also add new touch-points for interacting with your customers in novel ways, as well as having a customised experience across various devices, which leads us to the next benefit...

This is Personalisation. Headless commerce gives you the freedom to create truly bespoke, personalised experiences across various devices and channels, which puts UX at the core and takes it to the next level. If you have a content-led store, providing personalised content for your users can become a key differentiator between you and  your competitors.

Not to mention the potential for launching exciting new digital marketing campaigns, conducting A/B split tests and implementing a Conversion Rate Optimisation programme which will help you make the most of your traffic, turning more visitors into buyers across all channels and devices. That means that you can make the most of your investments (both into your digital solutions, and marketing agenda), so you can enjoy better value for money.

Last, but not least, another worthwhile benefit is speed. With headless commerce, you can apply your own delivery methods and the way you want to host and serve up content, not being restricted by a single platform, which means that you could improve your website’s page speed. This in turn is not only great for user experience (nobody likes waiting for a site to load), but is also beneficial for SEO, with page speed being a fairly important ranking factor.

Are there any challenges?

As with any solution, there’s pros and cons when it comes to headless. While the benefits are significant, these are some of the challenges that should be taken into account if you’re considering adopting a headless approach.

As you’re working with more than just 1 platform or software, you need an experienced team who can help you develop the headless architecture you need, and then implement it. Undergoing UX workshops to help you develop the best strategy first, so you can see which systems you’ll need and what changes are required for various touch-points for your commerce store is also an important part of the process. Quite often this can be challenging to implement in-house, versus a traditional commerce approach for example (which is why getting an agency like Un.titled to help out will make your life easier ;-)).

Costs are a complex picture but in broad terms headless is not cheap. However, from our experience, the total cost of adoption tends to be neutral when compared with traditional content or ecommerce solutions. That said, you do need to bear in mind other costs such as licenses (if applicable) and ongoing maintenance and development, which may be pricier as you’ll have two separate components to work with - the front-end and back-end.

It can be harder to manage and learn your new headless architecture and the various systems involved, when compared to having to deal with just one, out-of-the-box platform.

What types of businesses have adopted Headless?

There are three main scenarios where headless proves to be an attractive option and which we're interested in:

Whilst businesses from all sorts of industries have adopted headless commerce, this tends to prove particularly popular within sectors which can easily merge content and commerce such as Beauty, Fashion and Arts and Cultural and Food and Drink.

In terms of the platforms that can be adopted within a headless solution, we tend to see quite a lot of combinations between CMS platforms such as WordPress or Drupal and modern ecommerce solutions such as Shopify and BigCommerce which can be easier to integrate compared to other systems. 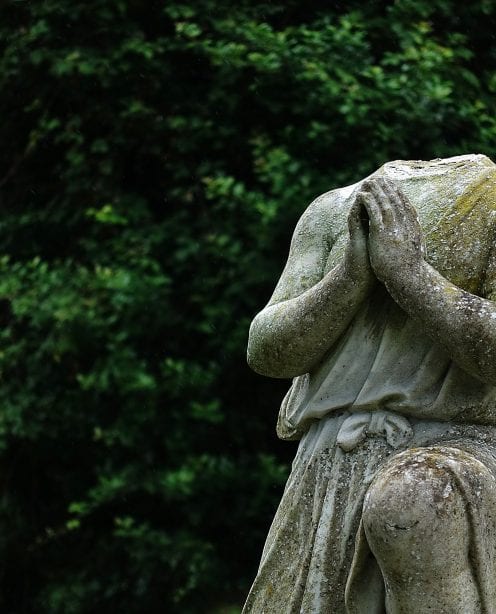 Should you consider headless commerce?

Which devices do your customers use throughout their path to purchase from your business? Do you have a strong brand and story you want to tell? How are your conversion rates looking across different devices and channels? How important is it to have a flexible, fast and customisable solution versus an all-in-one platform that is easier to manage?

These are just some of the questions to get you started when considering a headless solution. We’re big advocates of data-driven decisions and what may work well for a different business, albeit in the same industry, may not be the best option for you.

Here's the salesy bit - our team of digital experts are here to give you an objective assessment of the best options available to help you continue growing online, as well as shaping the strategy you need to hit your next milestone(s).

Talk to Un.titled to get an independent view.

The new site for Gresham College has gone live