Buying products, services and tickets online is the norm today. By embracing ecommerce, you can make it easier for customers and visitors to engage with your brand.

Un.titled is an experienced implementer of ecommerce technology. Our team has a strong working knowledge of major ecommerce platforms, including Shopify and BigCommerce. We also support headless technology projects, offering clients additional flexibility.

Great work and really puts Un.titled in the agency of the year category for me.

Decoupled architecture, also known as ‘headless’, can help to enhance the user experience on your ecommerce site

Your Shopify project is in safe hands with Un.titled. We are a full end to end digital agency specialising in creating beautiful, engaging Shopify stores that are a pleasure to shop at.

What some of our clients say 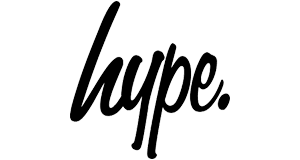 Hype approached Un.titled to review their ecommerce platform. Having considered Magento Commerce, Shopware and Shopify, the company opted for Shopify Plus, with the platform's credentials around managing huge demand being exactly what Hype needed. By rolling out Shopify Plus in time for peak seasonal trading in collaboration with Un.titled, Hype were able to build a platform on which to rapidly expand their ecommerce store.

Want to find out more?